Alex Scollay is a very talented and experienced 3ds max artist who currently works on a digital comic for tablets called VICKIS WISH. He was one of the first adopters of our 3ds max plugin COLOR EXTRACT which he uses extensively in his exciting project.

You are a veteran in the 3d industry, working with computer graphics since over 15 years. What was your motivation in becoming a 3d cg artist ?

Alex: I always felt drawn to CG as a kid, paint programs at first, then 3D apps. Around the age of 15 I discovered that people could actually have a career doing it and I decided that was what I wanted to do and started working towards that goal, teaching myself 3D as best I could until in 1999 I landed my first real gig doing it. 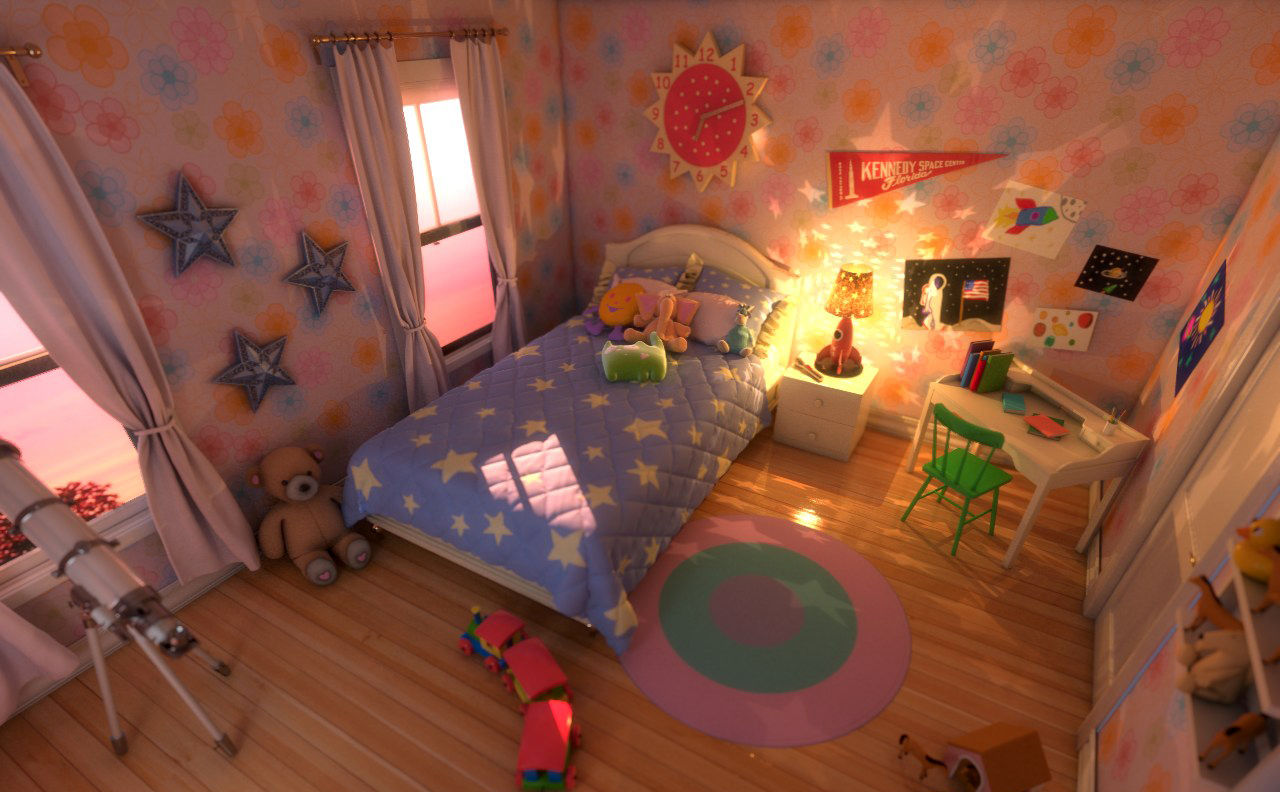 Can you tell us a bit about the projects you have been working on in the past and which 3d software you used ?

Alex: I’ve working in Max for most of my career but the last couple of years I’ve been using Maya a bit too.

I started off in 1999 on the crew of a science fiction TV show called Farscape, doing spaceships and aliens what have you. After that I moved to Los Angeles where I worked on various commercials and a handful of films including Alice in Wonderland, 2012 and Superman Returns, all using Max.

Then in 2010 I realized I was feeling pretty burned out from working on movies and relocated to New York to work in commercials which is all pretty much Maya these days, though Vray is becoming more and more common. 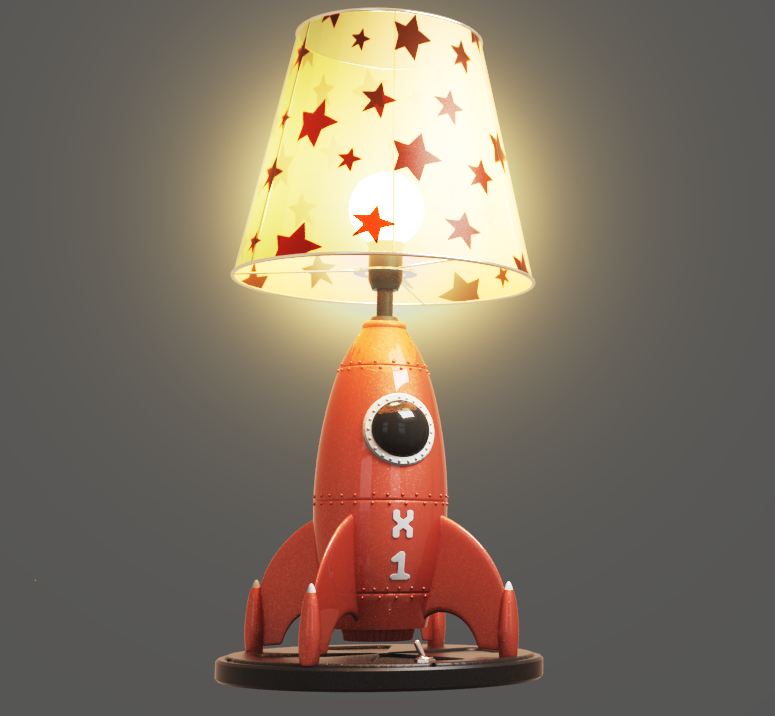 Currently you are using 3ds max. Why did you choose to use 3ds max for your project Vicky´s Wish ?

Alex: I started in 3D in 1994 using 3D Studio Dos and I’ve used 3D Studio ever since, I can work in Maya fine but I’m fastest and most comfortable using Max so it was a natural choice for me. The sheer number of 3rd party tools available for the platform are also a huge factor. 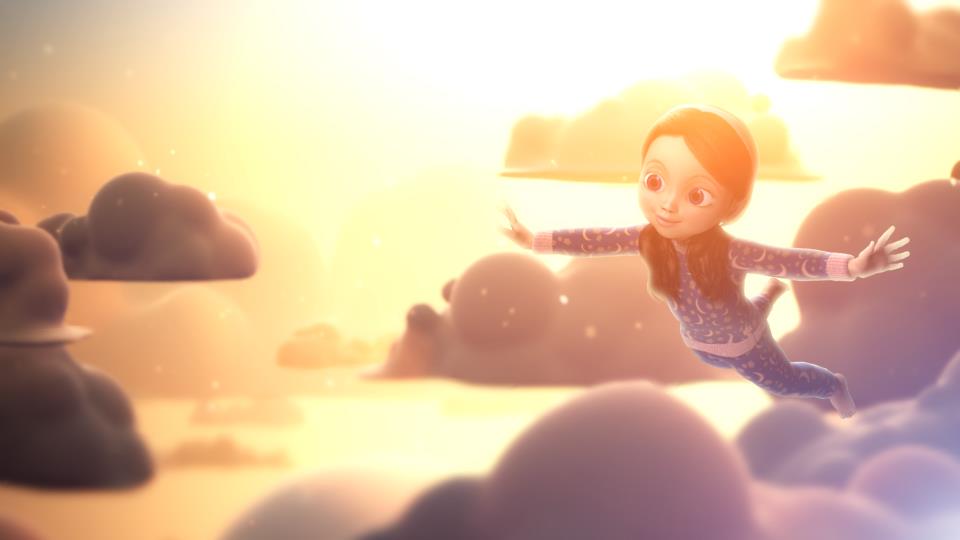 Vicky´s Wish is a new kind of media project, a comic book for tablets. What made you decide to do such a new (and maybe risky) type of project ?

Alex: The idea of using CG for comic books has been kicking around in my head almost as long as I’ve been doing CG. I’ve found myself drifting in terms of my interest in solely doing work for other people and working for myself lets me indulge my imagination in a way that working on a commercial or even a shot in a movie wouldn’t. 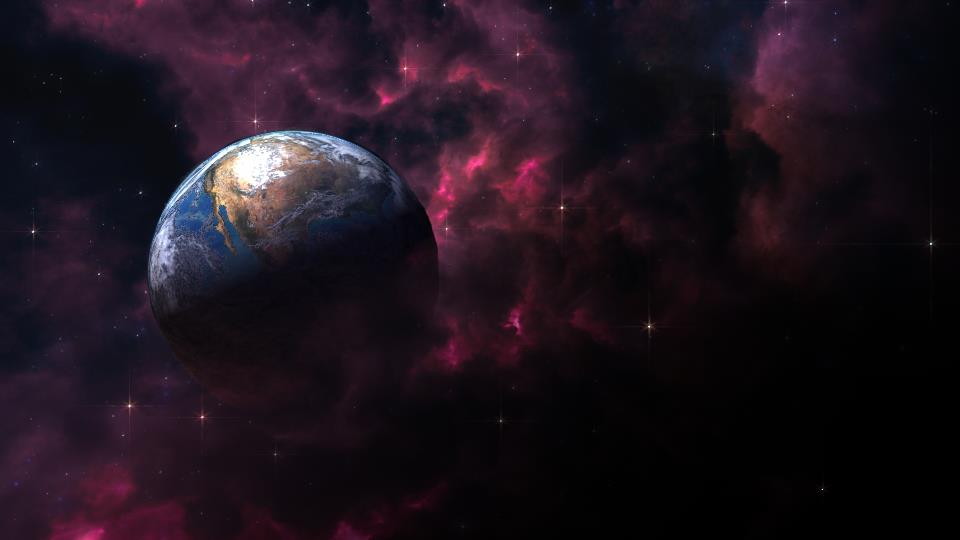 Can you tell us a bit more about how you started Vicky´s Wish and how you were able to finance it ?

Alex: I had just wrapped on a commercial that had been a bit of a tough gig and was feeling like I needed a break from the industry. Angela and I were talking ideas over for a potential side project and this one just resonated, and we started work that same day.

Eventually we decided to use Kickstarter to finance the project, as much for the added motivation a ticking clock would give us as the funding, and indeed once we launched the campaign the energy we got from being ‘live’ really spurred us on and the project advanced greatly in look and scope over that month and we were successful in being funded. We had a 6 week delay after that in started while I did a commercial gig but since Jan 1 we’ve been full time on the book and we’re planning to have it done by the end of March. 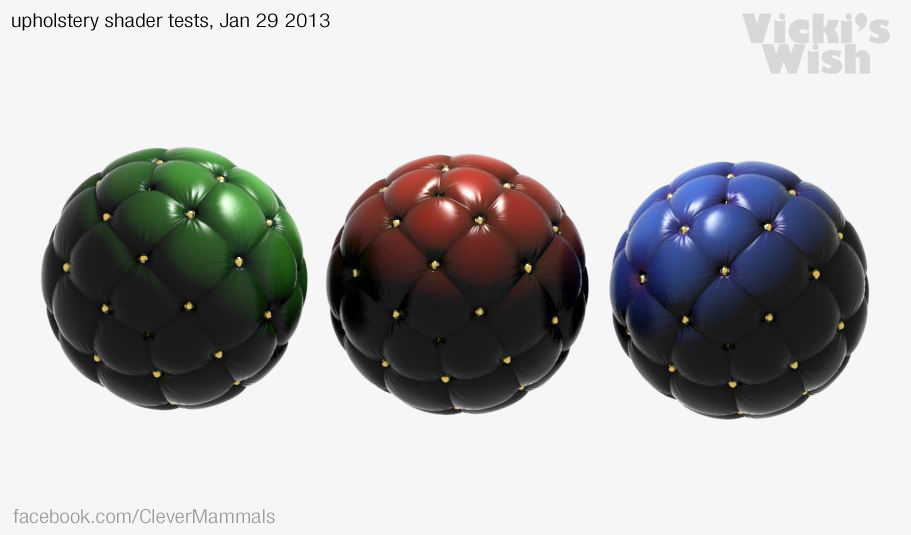 You are one of the first adopters of COLOR EXTRACT. What made this plugin so important for your work and this project ?

Alex: The ability to read a color range in and then having so many options for how that range is applied throughout my shader networks is a killer feature for me. I use the plugin for nearly everything I do now. 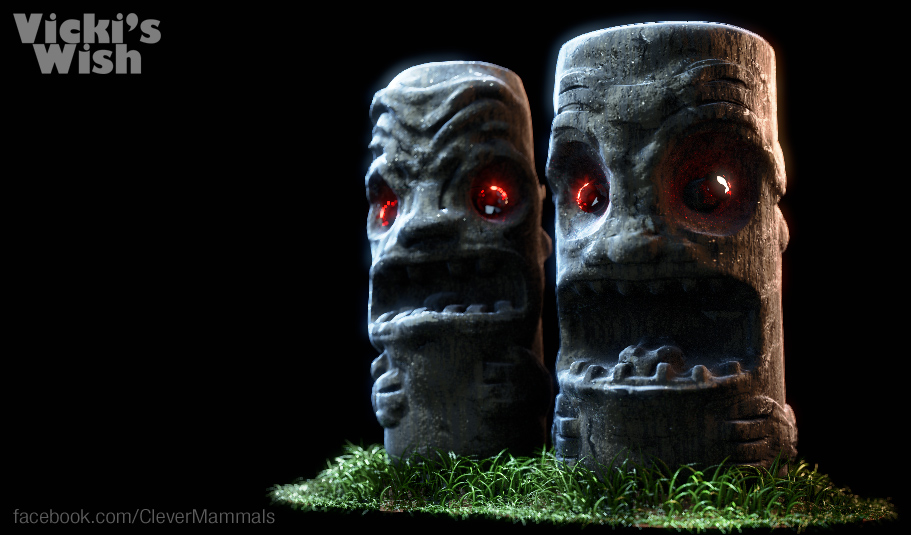 Could you give us an example of how you use Color Extract in Vicky´s Wish ?

Alex: The plugin in amazing. I can design a color scheme using Adobe’s Kuler service, plug that into Color Extract and use it to vary shades on blades of grass, stones, palm trees, grains of sand, everything. Combined with bercon tile it is even more powerful, and being able to vary colors across vray instances makes it very easy to create very complex and pleasing scenes. 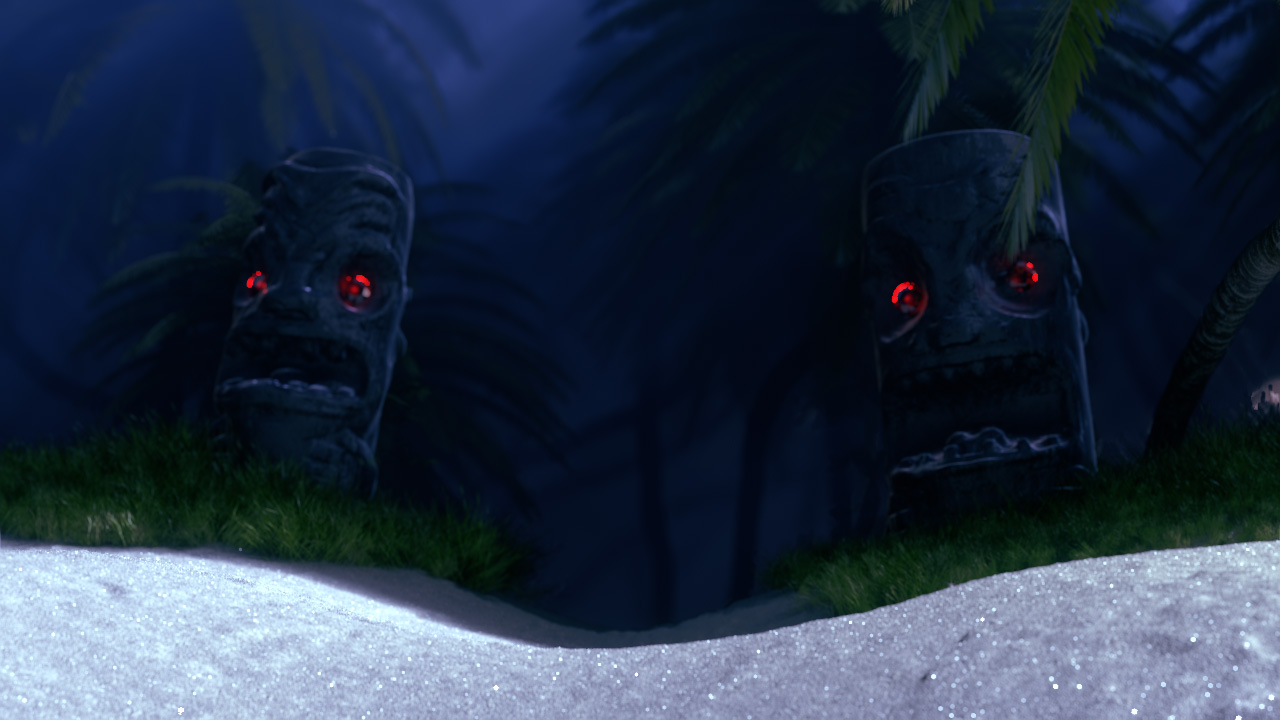 In the image above every blade of grass is varied using color extract, and the displacement shader on the stone idols is fed into a color extract node which drives the 5 different shades of grey used for the diffuse. I use color extract to vary other shader channels also such as glossiness and reflectivity, IOR and refraction color to give further subtle variations. I’m not kidding when I say I use it on EVERYTHING now. 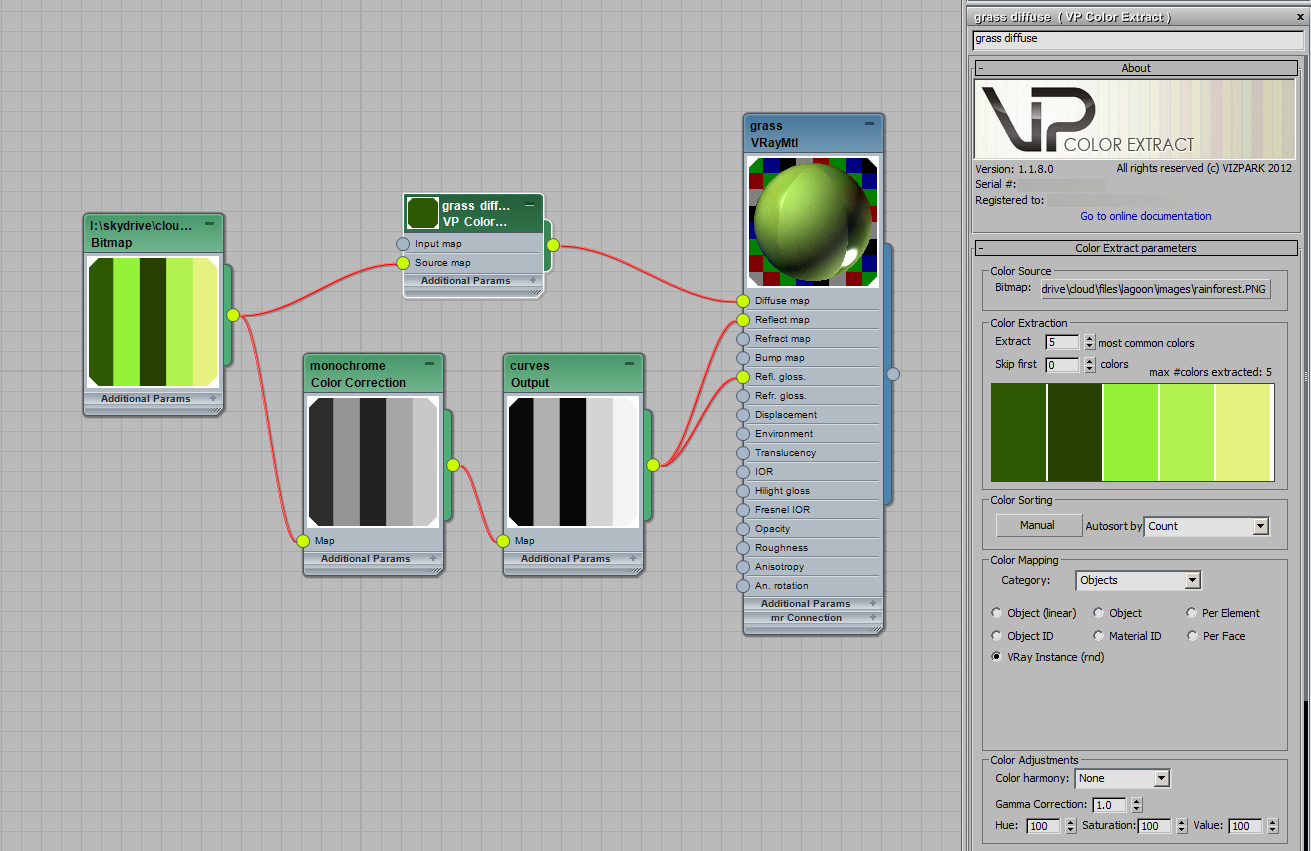 We’re currently building a set with half a million trees and plants in it and we’re getting fantastic results using color extract set to randomize on vray instances. 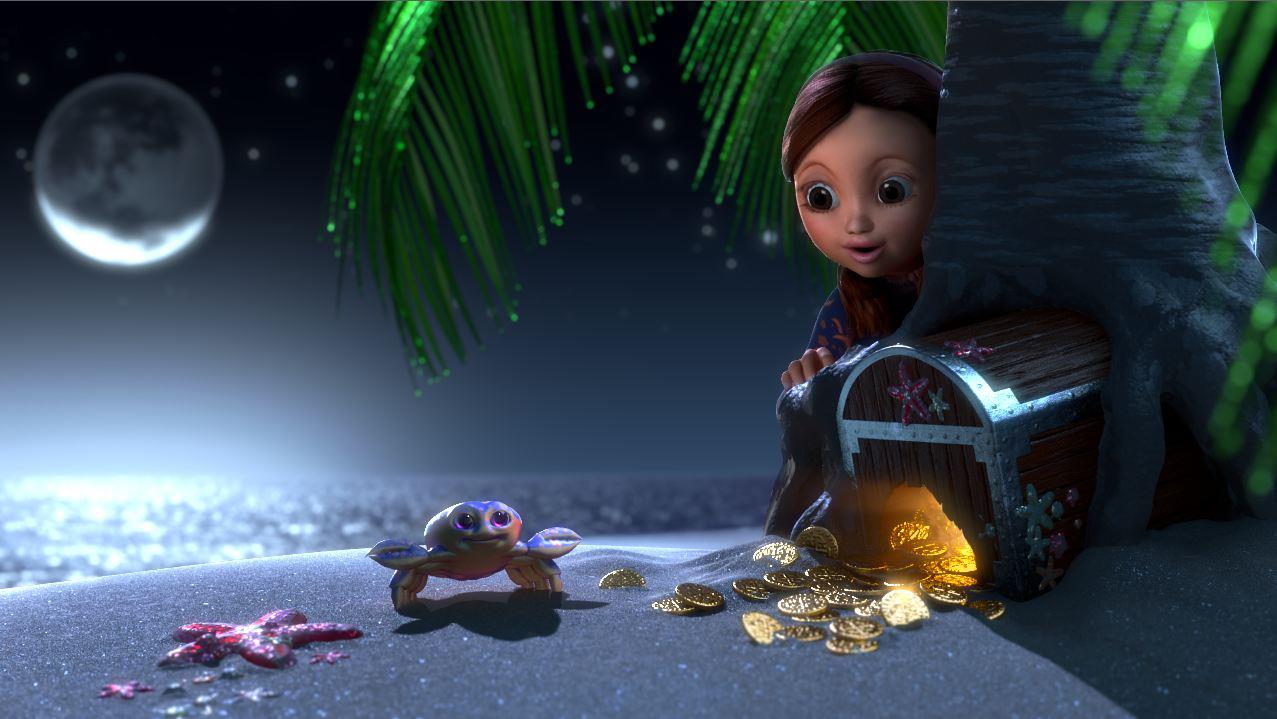 What are your plans for the future ?

Alex: Get this one done, then start the next one. 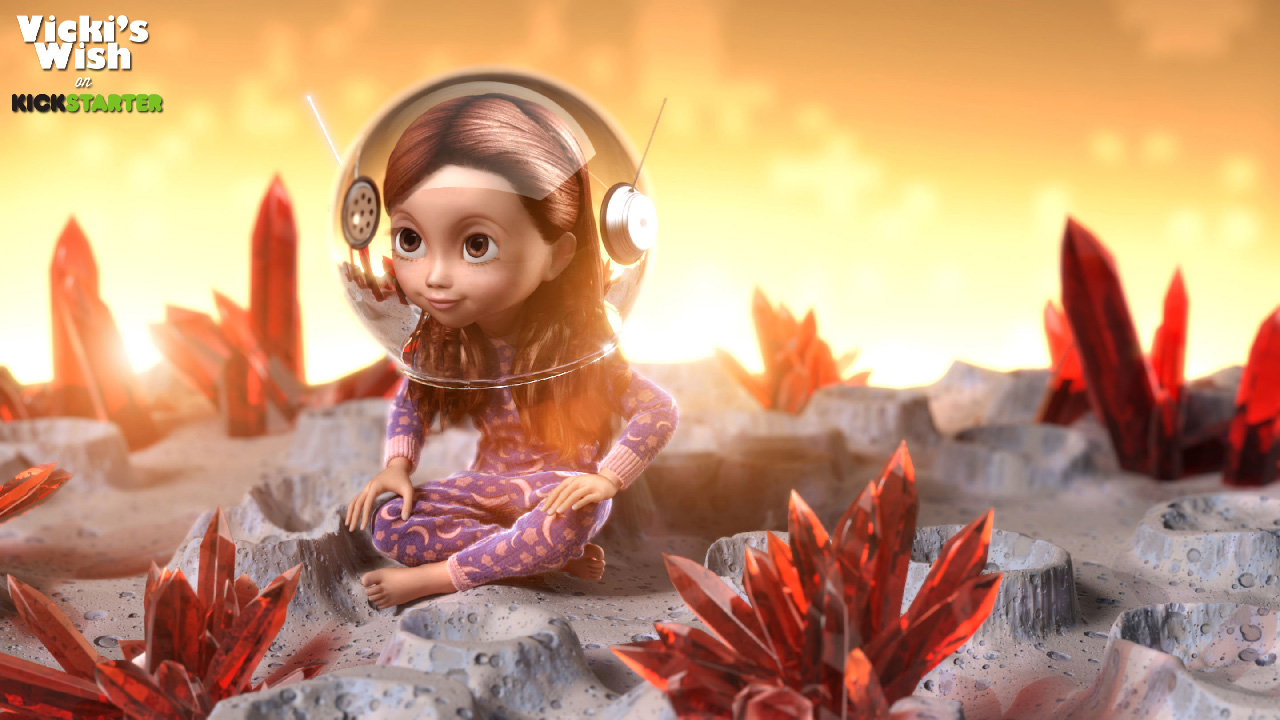 Do you have any wishes to VIZPARK for products or features that might help your current or future projects ?

Alex: I’m sure ideas will crop up as we work, and I will definitely be sharing them!