The making of REAL BOULDERS

REAL BOULDERS is a new kind of products from VIZPARK with 3D models recreated from photos of real world stones. The following images and description shows how they were made and how much effort went into creating these realistic models.

First we photographed many boulders in real world by taking several images from all directions. While the boulders were photographed from above, it would of course more difficult to get the lower side (have you ever tried to lift such a heavy boulder ? 😉 . Taking photographs at certain weather conditions is important because if the sun is too strong, the boulders have shadows which are unwanted for the diffuse maps. So we had to wait until it was cloudy to get a non-sunny diffuse lighting for taking the pictures. 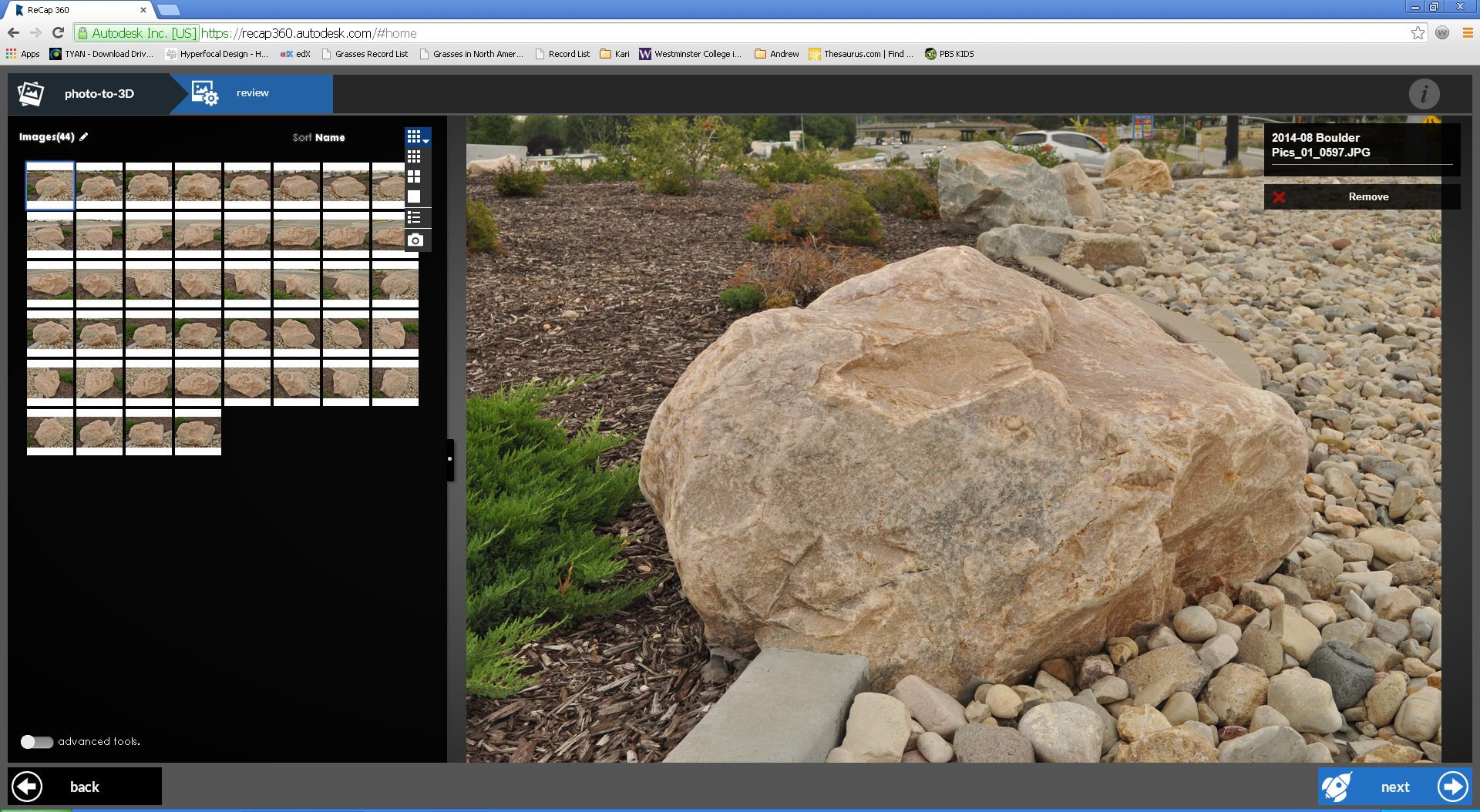 Next the photographs were selected and uploaded to Autodesk ReCap360 to do a mesh reconstruction of each boulder: 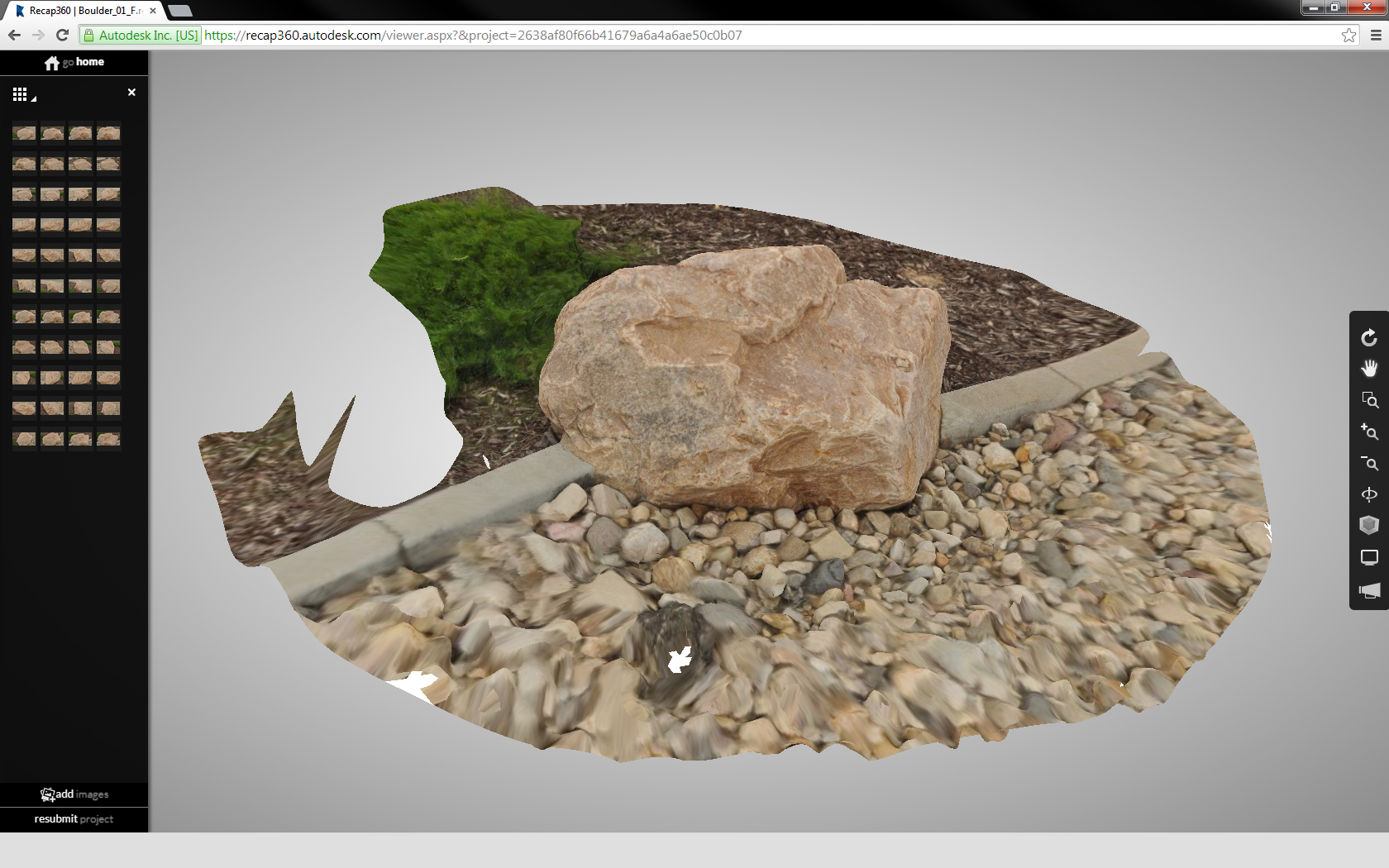 The resulting mesh from ReCap360 with color 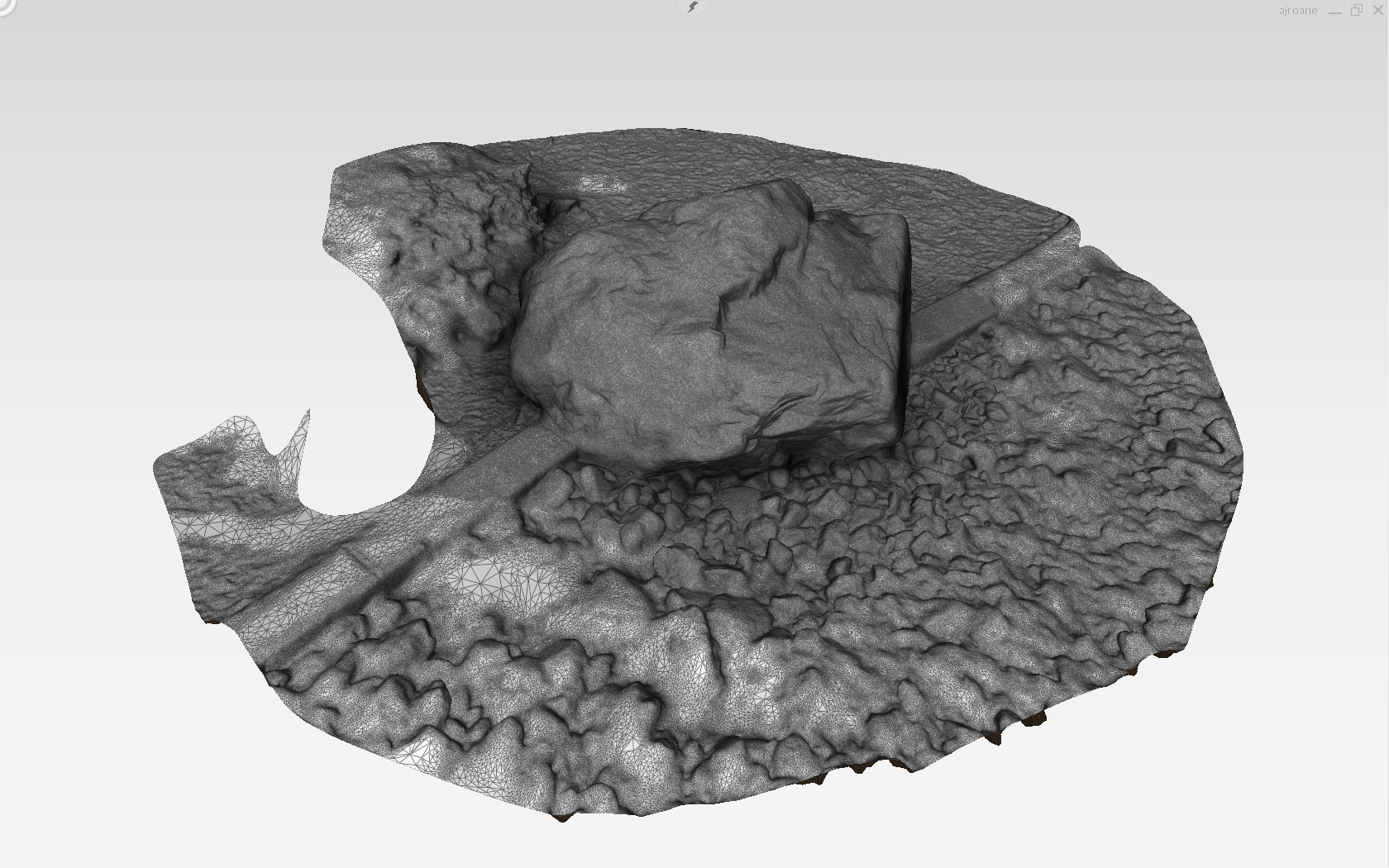 Trimming and editing the geometry

In the next step the models were trimmed, unnecessary geometry was removed and the boulder mesh was closed. 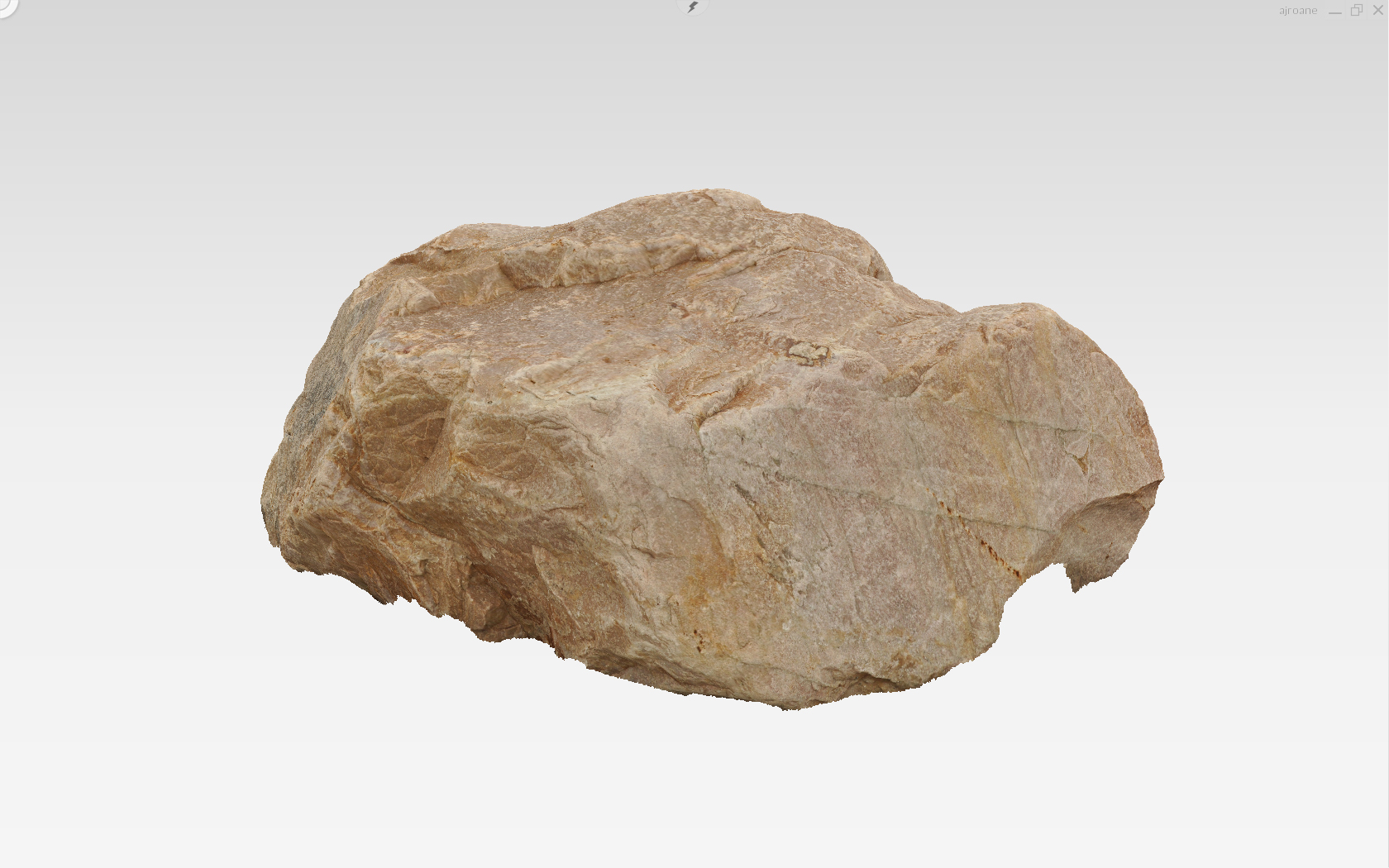 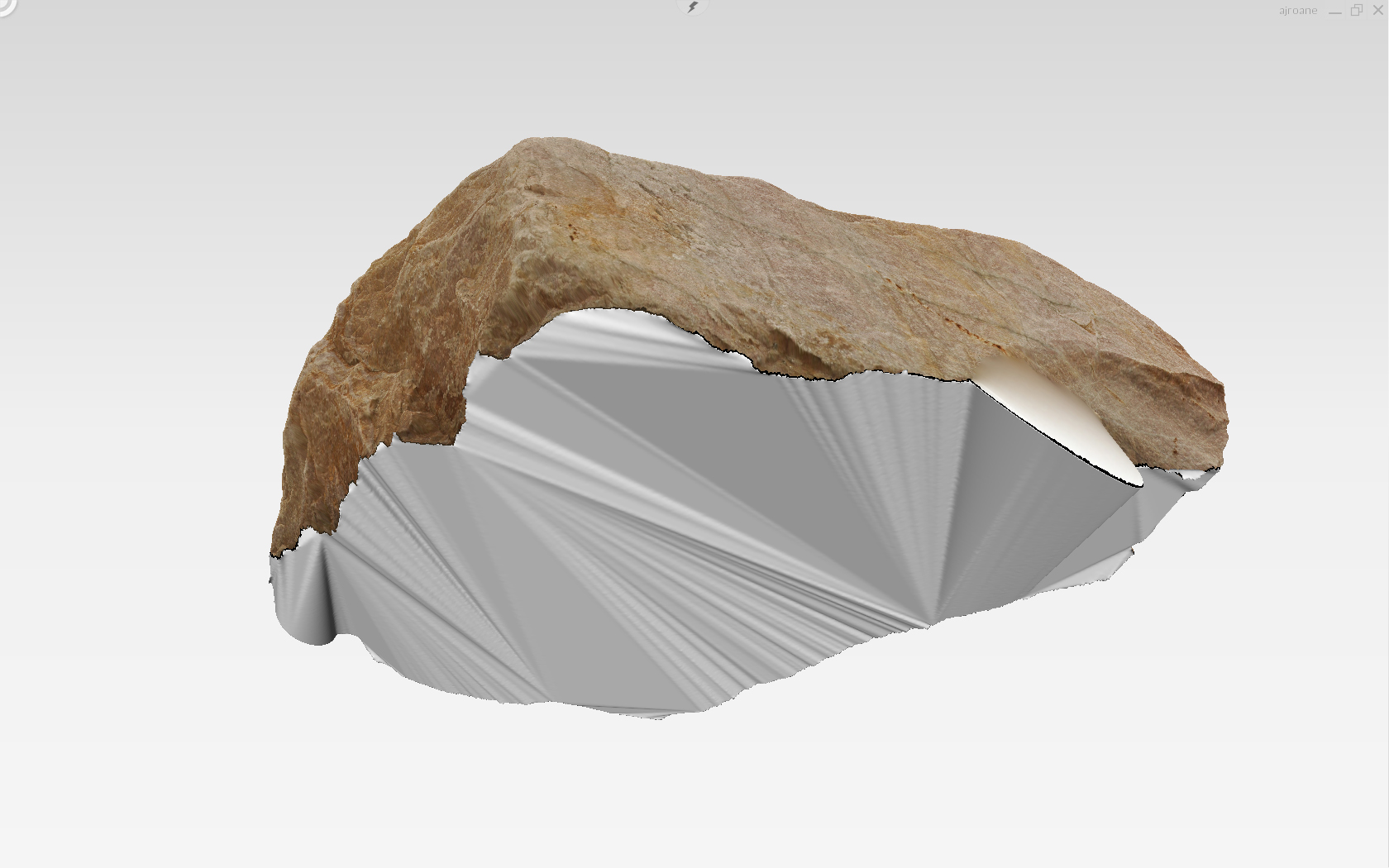 The capped and closed model 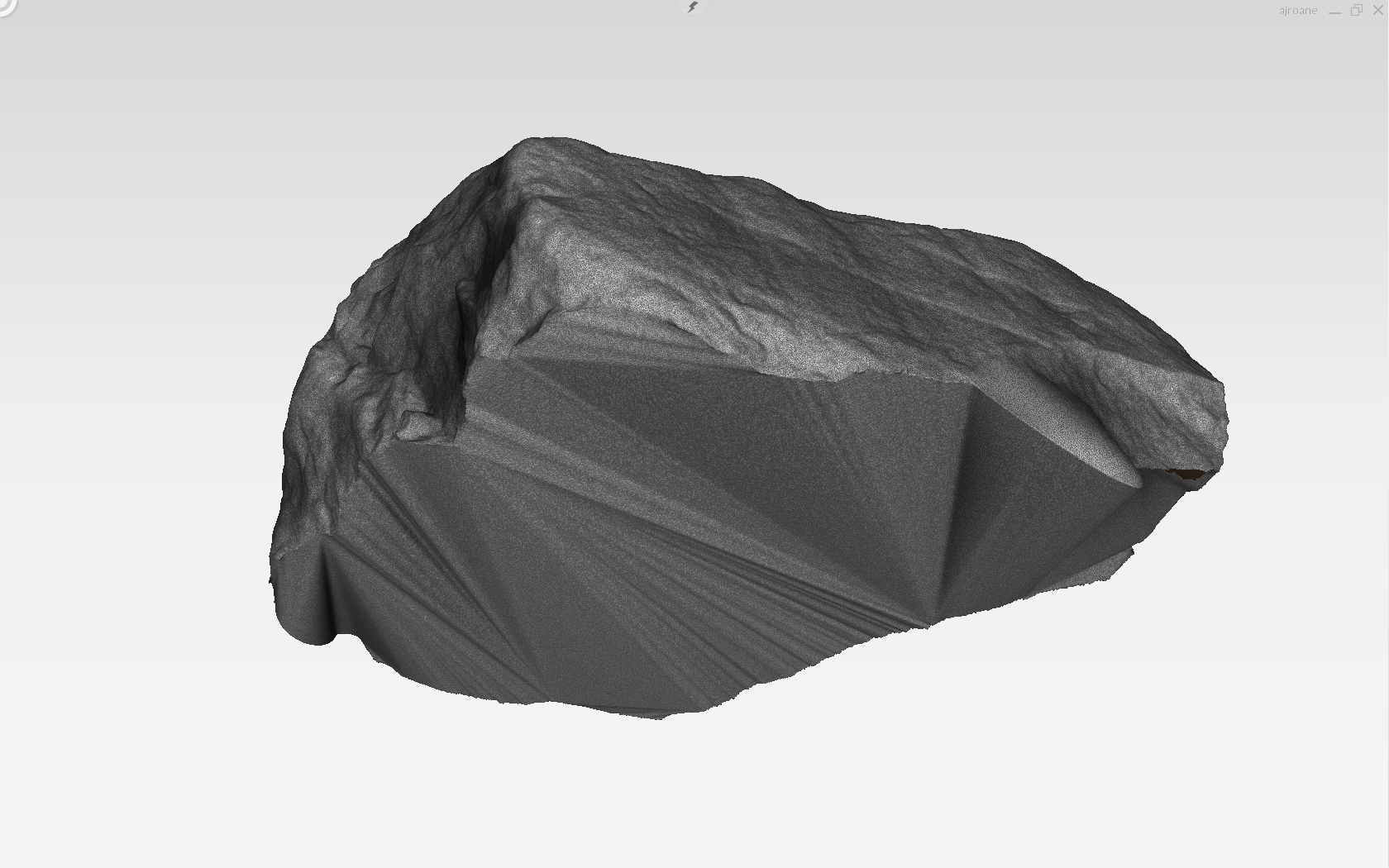 The capped and closed model wireframe

The closed high resolution model was then loaded into zBrush for further remodeling. As you´ve probably seen, the bottom of the boulder was not “available” so it had to be repainted so the boulder can be used from any angle and direction. 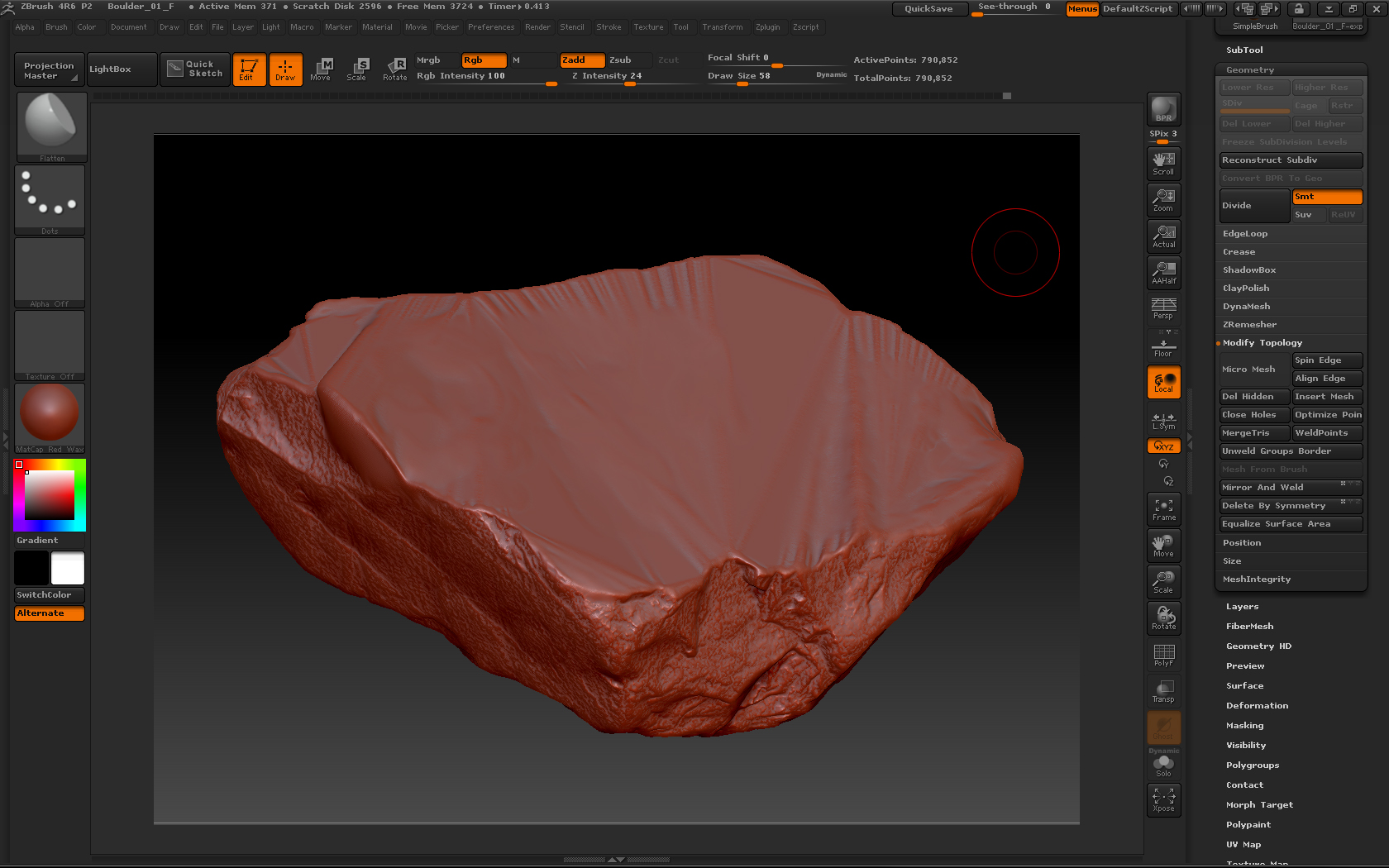 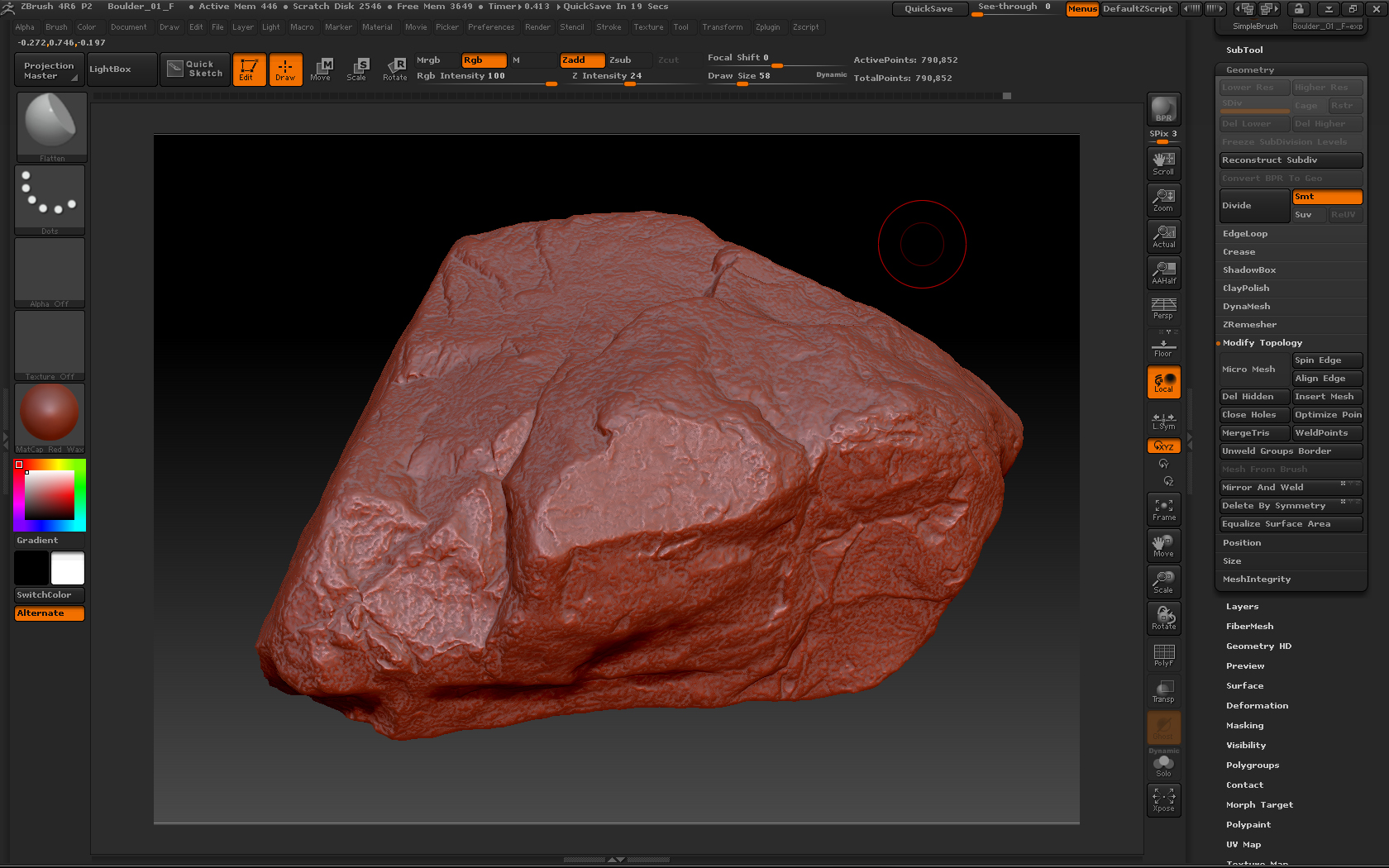 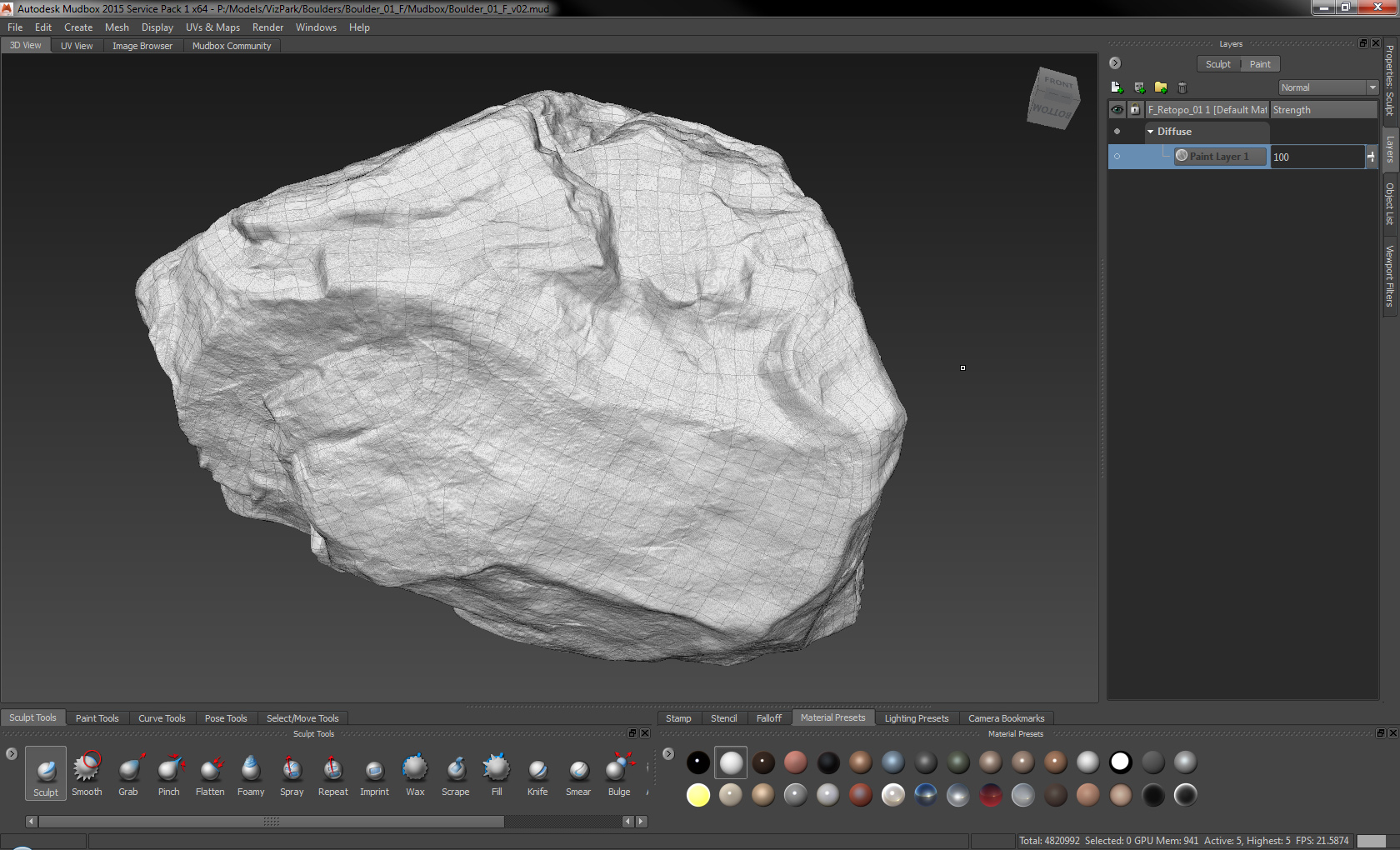 The retopologized model in Mudbox 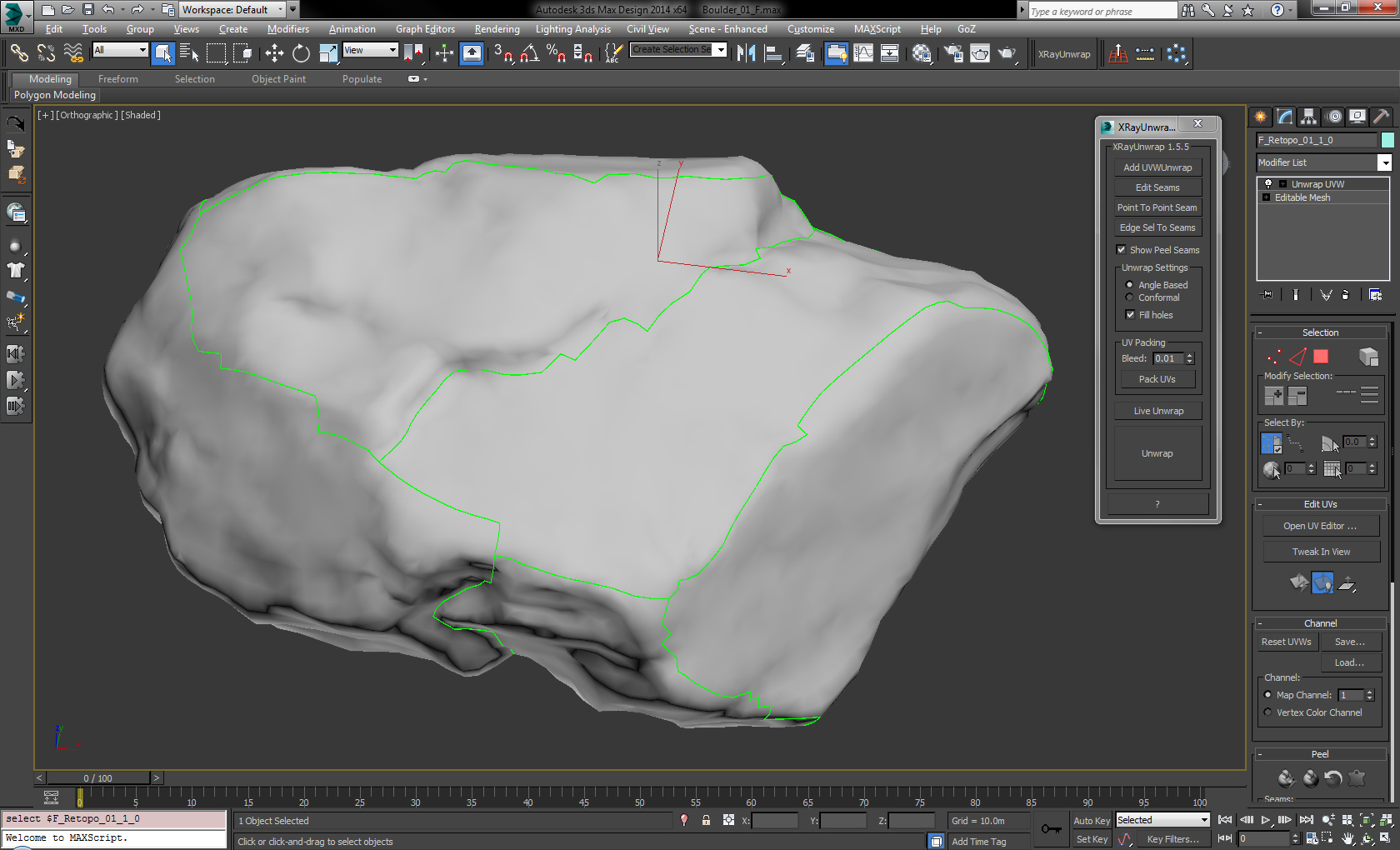 With the properly remodeled and complemented model, the texture painting was then made in MudBox: 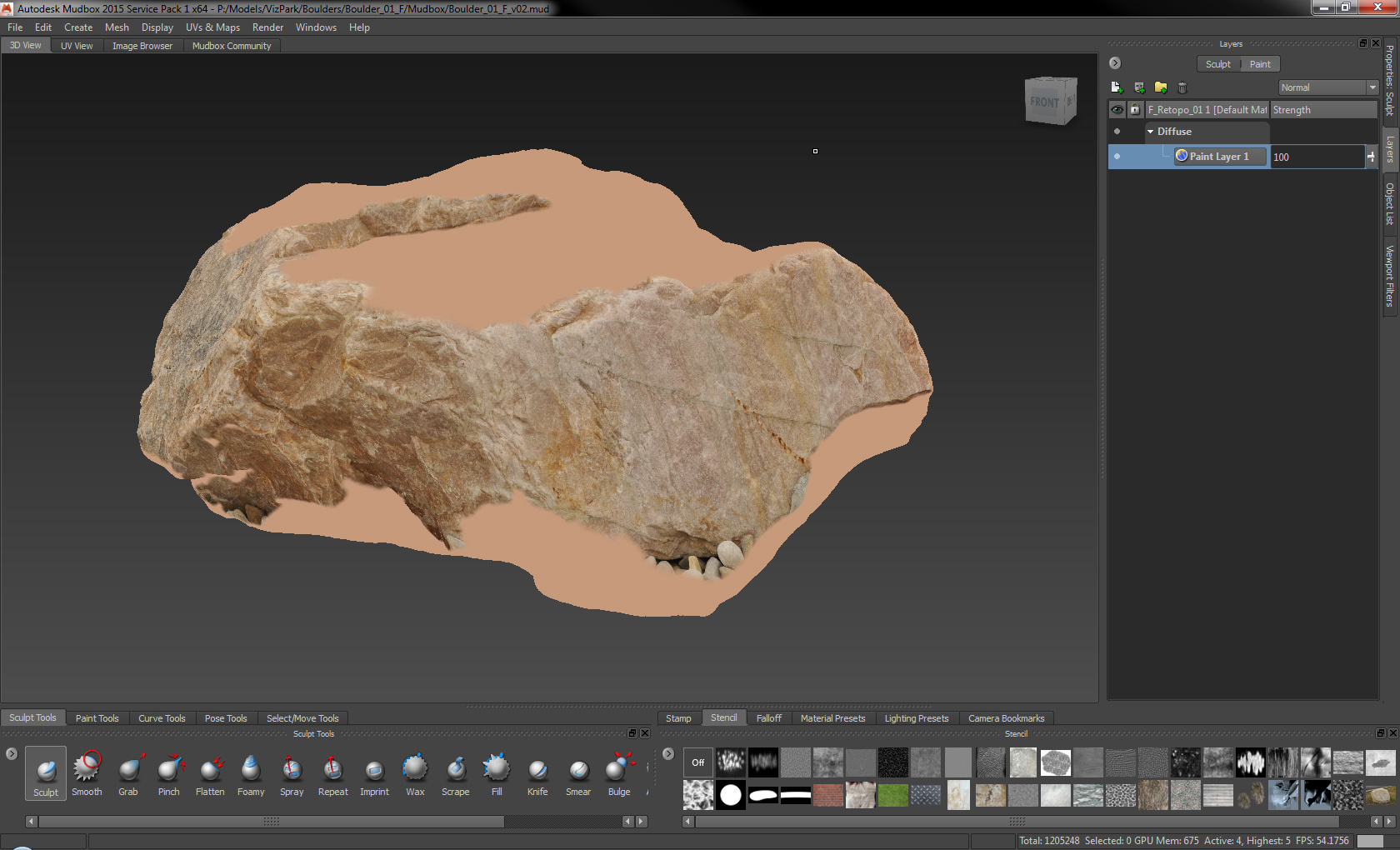 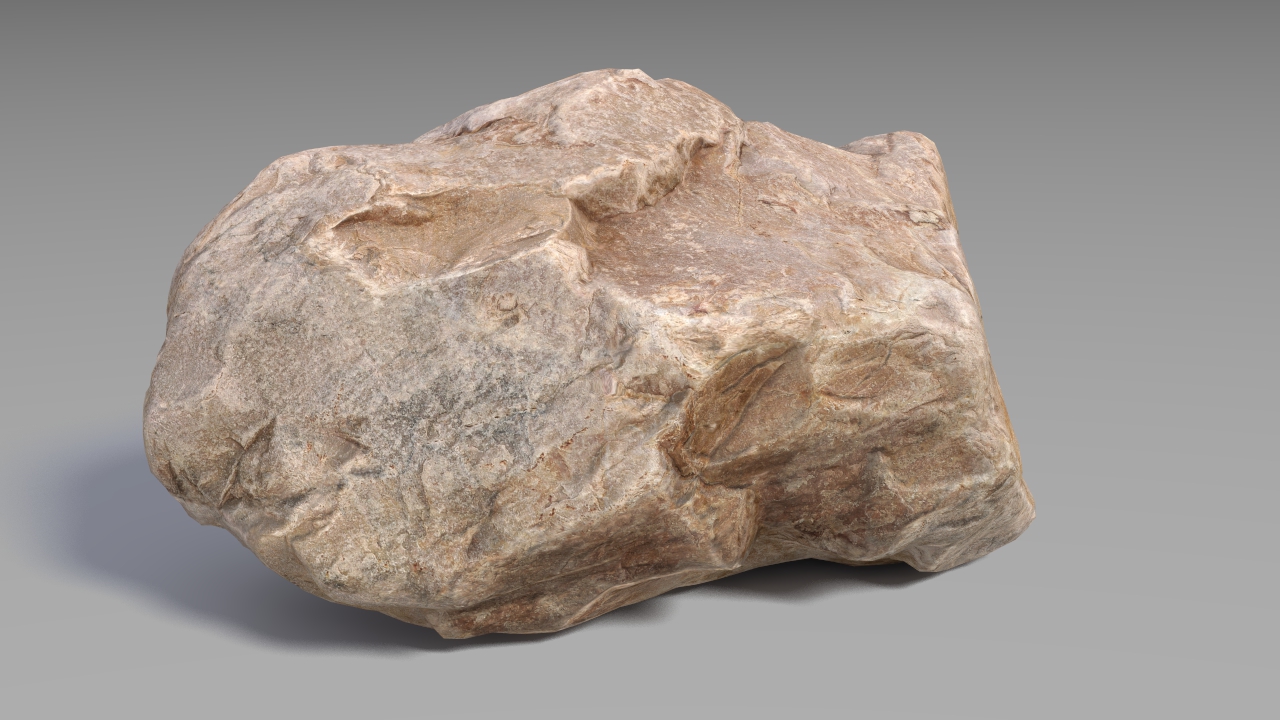 That´s it. As you can see, a lot of effort went into creating these models to make sure you´ll get the best possible results.