is now available as part of

... and not available for purchase as a separate product anymore

CROSSMAP is a 3Ds Max shader that randomly distributes bitmaps on geometry (objects, elements, faces etc.). Just select a folder with bitmaps and leave the rest up to Crossmap. Crossmap creates more variety among visualization projects easy and fast, for example leaves on trees, grass, gravel, stones, flowers, wood fences and many more.

What is VP Crossmap ?

AND WHAT IS IT GOOD FOR ? 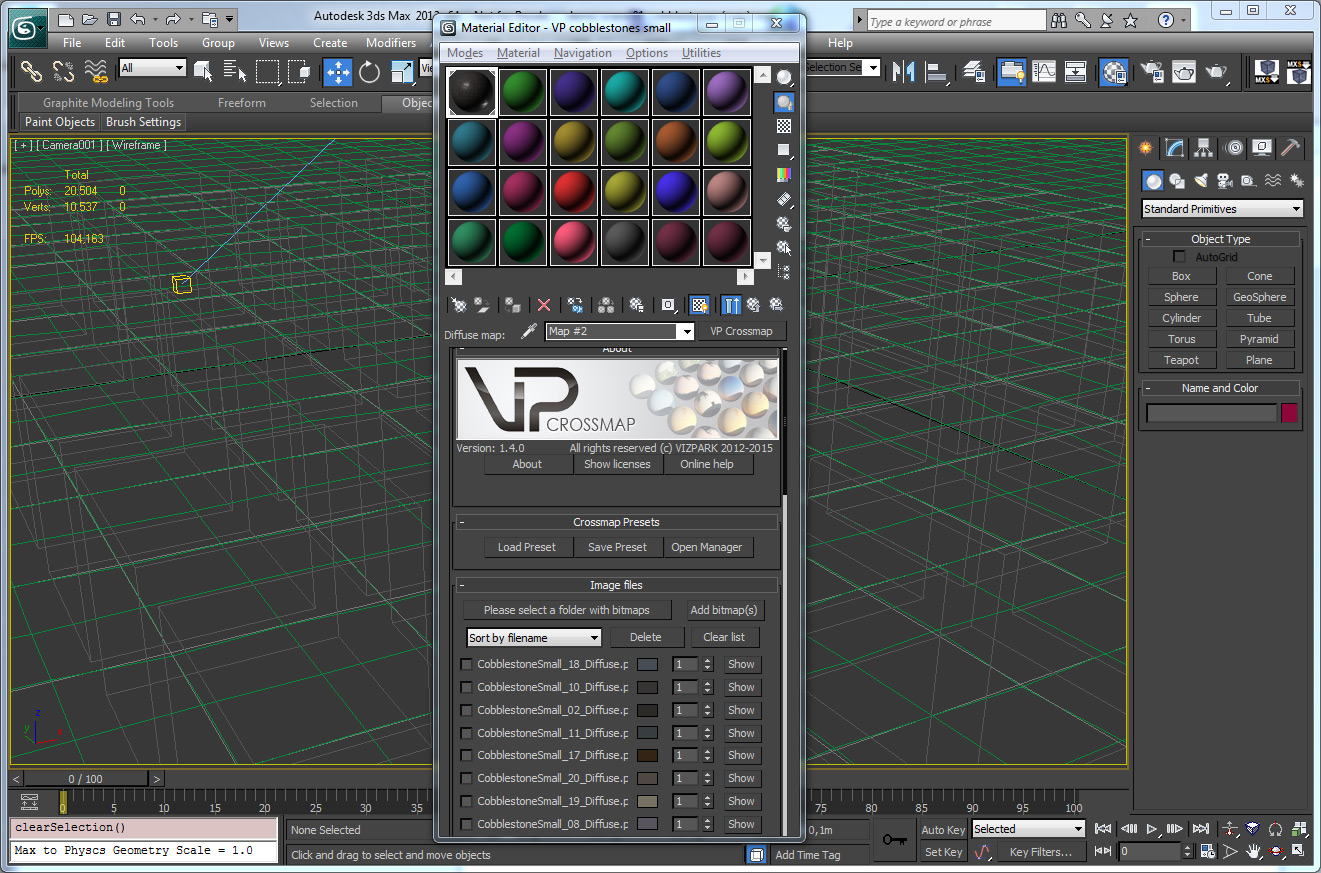 Crossmap creates more variety in visualization projects by randomizing multiple bitmaps on faces, elements, objects within one material or map. This is very useful when having multiple natural objects (leaves, pebbles, stones, grass, flowers, fences, gravel etc.) where repetition should be avoided. With CROSSMAP, it´s not necessary to create multiple materials for every single variation. Many bitmaps can be easily loaded and automatically assigned and randomized within a scene.

CROSSMAP goes one step further where other solutions stop. Considerung the flexible load filter, the randomization modes, random color variations, input map or color matching, NO OTHER map offer this flexibility and variety that Crossmap has.

Convince yourself with the 14 day FULL FEATURED DEMO.

MANY BITMAPS IN ONE

CROSSMAP loads multiple bitmaps from a folder with a breeze. Just select the folder, filter bitmaps you don´t want (by name, format, size or even subfolders) and hit load. When loading, the bitmaps are shown in a list with name, average color and probability parameter. Delete or add bitmaps to the list, change it´s order or change parameters individually per bitmap.

Once bitmaps are loaded in Crossmap, they can be distributed in a scene based on several different methods and algorithms. 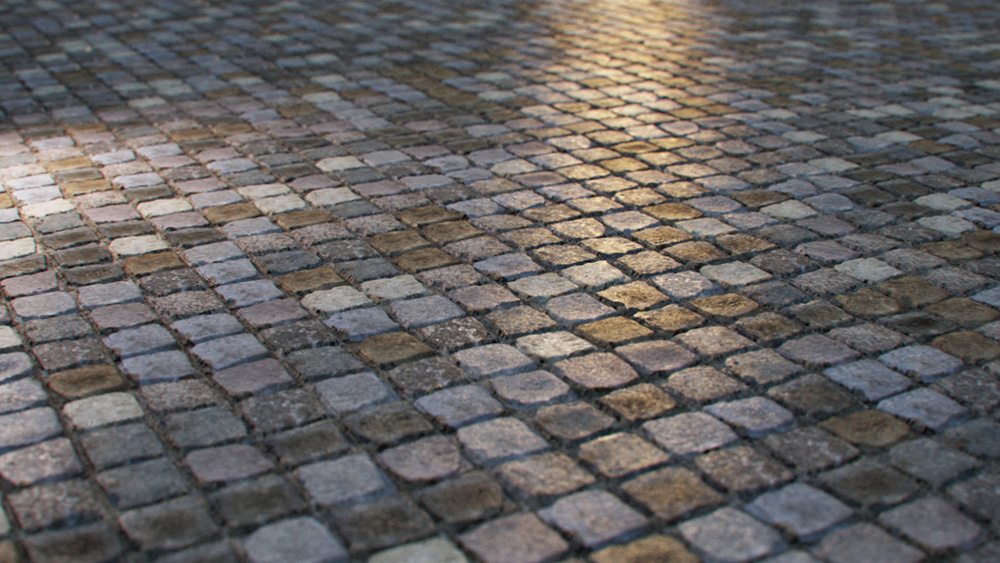 RANDOMIZE BITMAPS ON ANYTHING 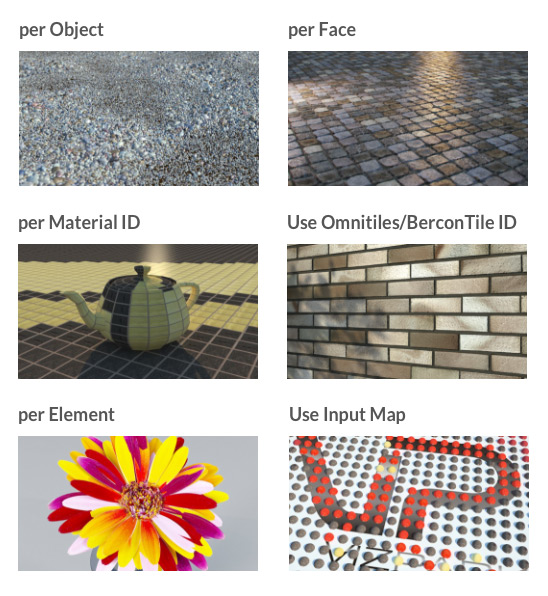 The bitmaps can be distributed on geometry by

The distribution works with normal objects, but also with scatter plugins like FORESTPACK PRO, MULTISCATTER or CORONA SCATTER.

FROM ONE TO MANY

CROSSMAP doesn´t stop with multiple bitmaps. All bitmaps can further be varied by color using hue, saturation and value. This way it´s very easy to create random variation with only one or few bitmaps.

Globally Crossmap has color adjustments for all bitmaps together, including GAMMA, HUE, SATURATION, CONTRAST, EXPOSURE and BRIGHTNESS. Using these adjustments makes it easy to create bump, displacement or reflection maps from the source Crossmap using colored diffuse maps. Just copy the map to another layer, adjust the global colors and there you go. 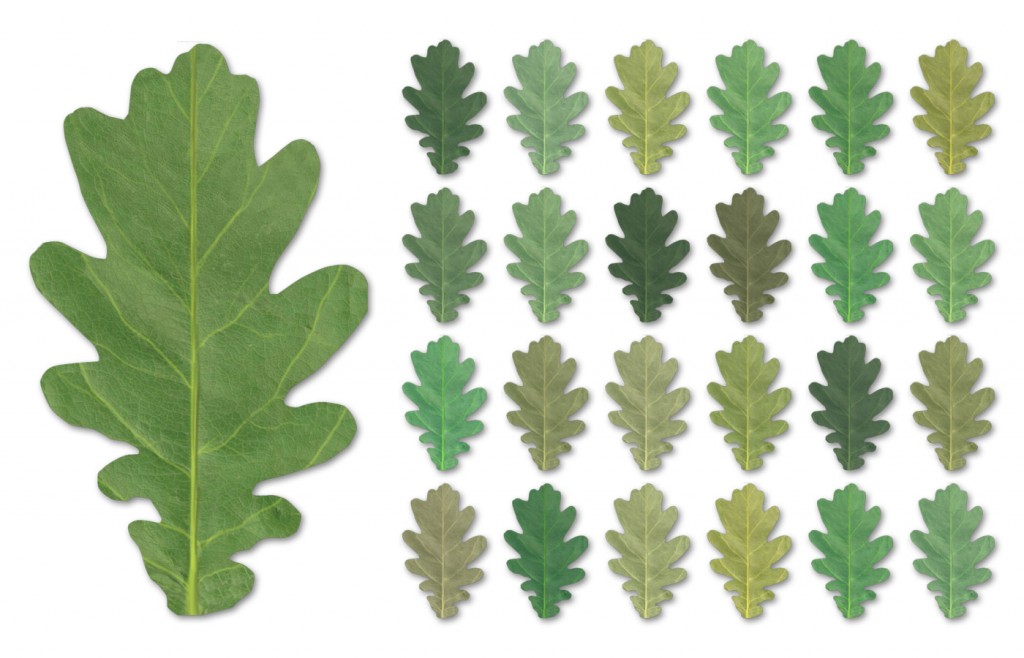 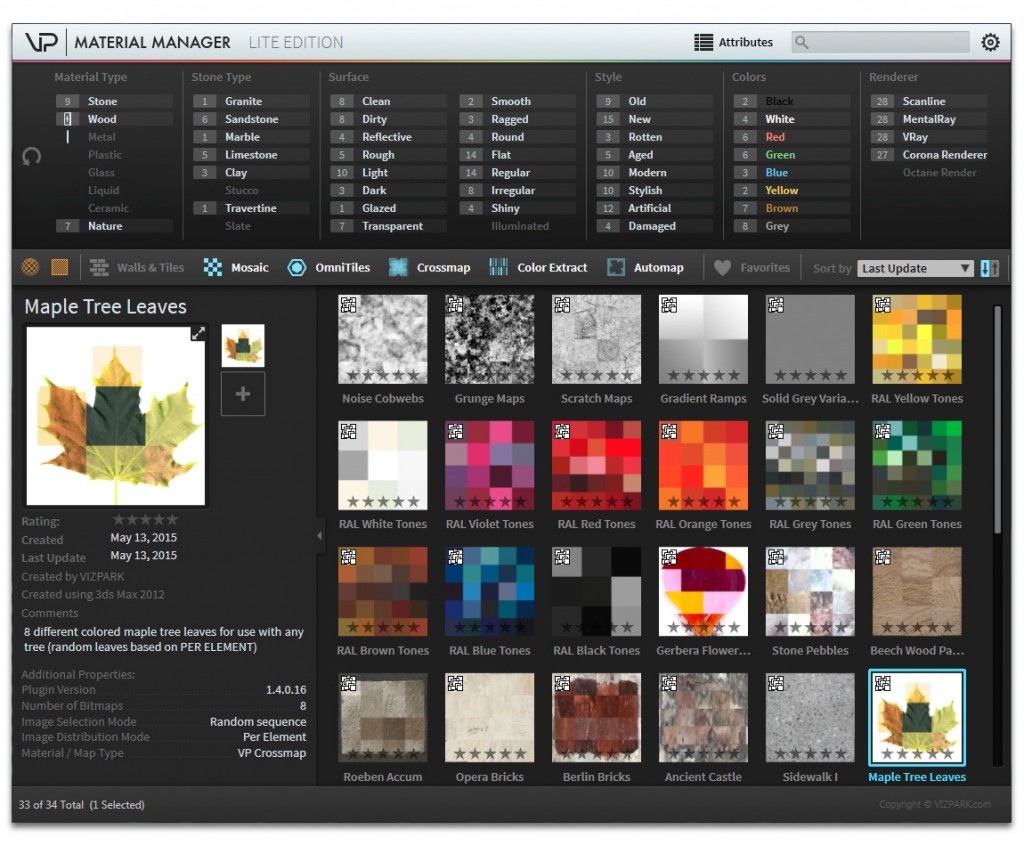 CROSSMAP includes the new Material Manager Lite Edition, which makes preset handling a very fast and easy task. Material Manager is directly connected to Crossmap so that loading, saving and maintaining presets can be done in a single tool. Forget about missing bitmaps, forget about searching through folders, once you know the benefits of Material Manager, you won´t want to live without it anymore.

The CROSSMAP library includes presets with multiple bitmaps of bricks, stones, leaves, RAL colors as well as scratch and grunge maps for use as reflection or bump layer on tiles for example.

Of course you are not limited to the included textures, you can also extend the library with the VIZPARK texture packs, third party multi-textures or your own textures. 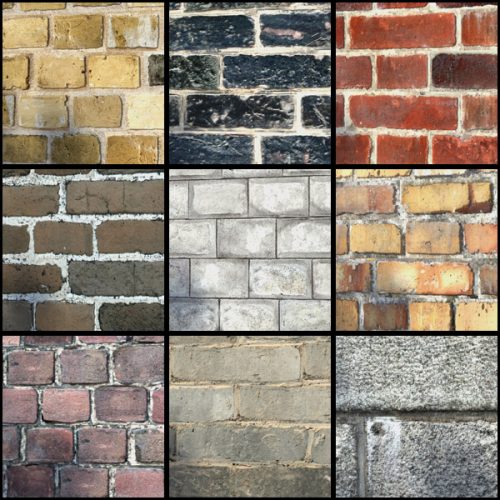 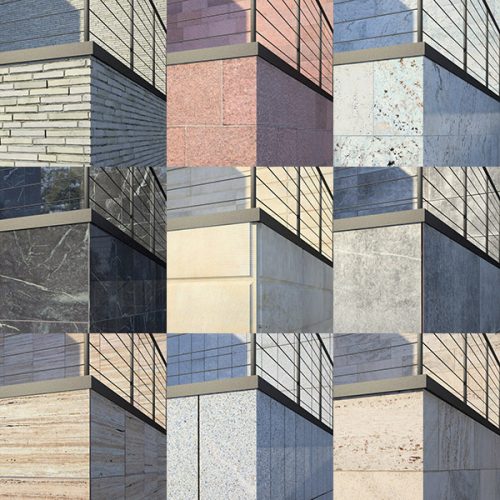 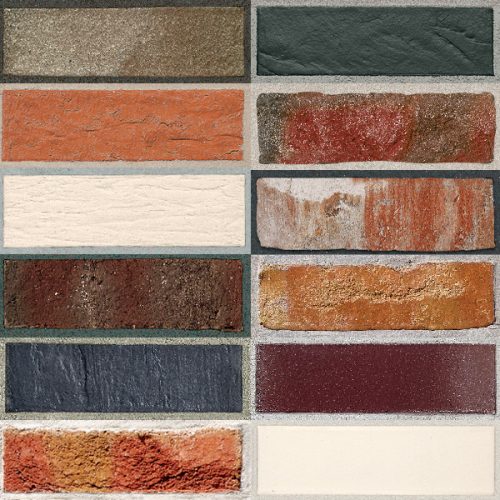 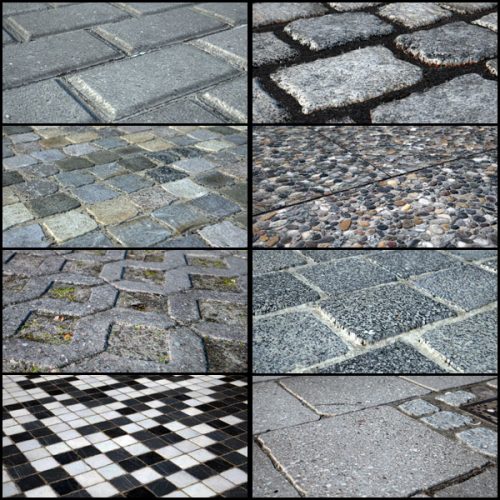 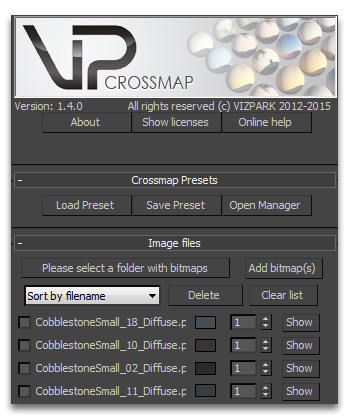 The CROSSMAP online reference guide includes a detailed description of each parameter with rendered examples of the most important parameters and their results. For more information, please take a look at the reference guide.

The reference guide is also available through a link from within the Crossmap GUI header.

More information will be available in the TUTORIALS section and the ONLINE FORUM.

If you are stuck, you can also use the DIRECT SUPPORT form and send us your request.

* FIX: mental ray shaders not found in 3ds Max 2012
* FIX: Crash of mental ray in 3ds Max 2015 Design
* FIX: A problem that maps will sometimes disappear straight after loading a directory or individual maps
* FIX: A potential crash when sorting the bitmap list in different manners
* FIX: Potential license 3dsmax crashes during rendering with nodelocked licenses
* FIX: Potential crash when bringing up the about dialog
* FIX: Wrong update message when loaded from a preset that used an older version of the plug-in

* NEW: Material Manager integration with a new texture / map library
* NEW: Added support for VP Omnitiles
* NEW: Support for 3DS MAX 2016
* NEW: Added online check for new version
* NEW: Changed licensing/copy protection system now allows far more flexible licensing including a floating license model
* NEW: Also allows now a 14 days complete unrestricted trial period
* NEW: Overhauled UI map listing. Now includes individual map entries with more detailed information like significant color, file size, resolution. A click button to show the image in an image display has also been added
* NEW: Added probability setting for each individual map. In the random selection modes this deterimines how frequent or not at all (when set to zero) should appear. The higher the setting the more likely it will be chosen
* NEW: Sorting of maps has been extended to sort also by colour or by probability
* FIX: Not all map changes caused the viewport to be updated
* FIX: mental ray global color corrections: hue, contrast, exposure, brightness not working
* FIX: Random but unique selection was not always the same when used in Walls & Tiles

Let us know what you think...

What others are saying